John J. Burns Library: These are a few of our favorite things…


Since Burns Library is a new(ish) member of the Consortium, we thought we would help researchers understand our unique holdings and collecting areas by providing a few exemplars. How better to surface collections highlights than to ask the staff to show you something they love? Below is a sampling of items as varied as the staff, why staff chose them, and search strategies to help you find out more about these items or similar items. As always, please contact Burns Library for more information or assistance.
Shelley Barber (Outreach & Reference Specialist):
John Boyle O’Reilly Papers

I chose the souvenir of a daring adventure that connects to the histories of both Ireland and Boston. Among the papers of John Boyle O’Reilly at the Burns Library is the tooth of a sperm whale. An Irish nationalist, O’Reilly (1844-1890) was arrested and imprisoned by the British, then transported to Australia’s Fremantle Prison, from which he escaped with the assistance of a local Catholic priest in 1869. The Gazelle was the New Bedford whaling vessel that rescued O’Reilly off the coast of Australia. After his escape, he came to the United States and settled in Boston, where he became the editor of the Boston Pilot and a well-known author, sportsman, poet, and lecturer.
§  Find more about this collection through an advanced search by changing “Anywhere in record” to “Title,” and entering “John Boyle O’Reilly papers.” 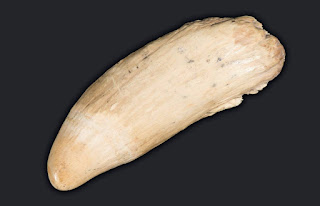 I chose this special edition of Táin bó Cúailnge (The Cattle Raid of Cooley) because I love dipping into the mythological tales that seem to spring from the mists of the distant past. The tale, which scholars date to the 8th or 9th century, is translated here by the poet Thomas Kinsella and features King Conor, his hero Cuchulainn (the Hound of Ulster), and the invasion of Ulster by Queen Medb of Connaught to capture the brown bull of Cualaigne. I love that the artist, Louis le Brocquy, impressed upon my mind the characters and scenes of fantastic feats, bloody battles, spells, curses, and mythical creatures in unforgettable, stark, black and white brush drawings. Lastly, I love that publisher, Liam Miller of Dolmen Press, fused all of these elements to produce a remarkable book!
§   Find more illustrations similar to The Tain through an advanced search by entering “Louis Le Brocquy” in the “Anywhere in record,” then changing the search scope (upper right) from “All BC Libraries” to “Burns Library.”
§   Find more Dolmen Press books at the Burns Library through an advanced search by changing “Anywhere in record” to “Local Collection Name,” and entering “dolmen press” as your search term. 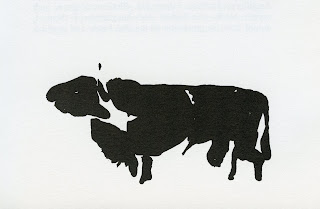 Among thousands of letters exchanged by Graham Greene with many interesting and notable people, these 11 letters (box 12, folder 48) between Ray Bradbury and Greene have always thrilled me. Most of these letters are by Bradbury, who begins the correspondence in 1979 exuberantly thanking Greene “for being my companion in writing, my helper, and my introducer to Carol [Reed]” and begs for Greene to write “another novel, please! or, God, more stories!” Their exchange continues pleasantly over years, with each seemingly interested in the other’s writing and whereabouts, but never connecting for a face-to-face visit despite their overlapping worlds of fiction and film. Bradbury’s lively letters are on his unusual stationary and include his large, legible signature; in contrast, Greene’s letters are faint carbon copies that lack personality and make him seem less present. I love the physicality and dichotomy of these letters — each typewritten and corrected, with ink or tape; one set so “real,” and the other a mechanical shadow.
§  Find other Graham Greene correspondents by reading the finding aid http://hdl.handle.net/2345/7753 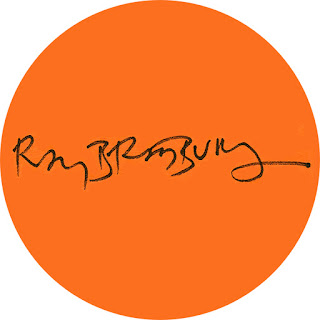 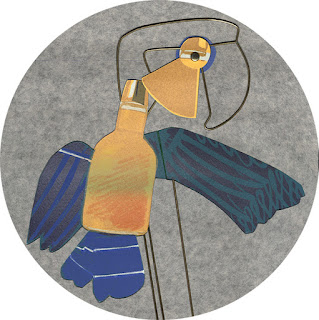 I chose a St. Elizabeth’s Hospital School of Nursing “cupcake” style nursing cap, complete with hatbox. In processing the St. Elizabeth’s records (MS.2000.018B), I saw much of substance, as well as of charm. The records include a complete run of yearbooks and graduation programs, many course descriptions, faculty committee minutes, and photographs of student life, but, for me, there was something about this little, pleated and starched cap that really evoked the care that the students took in their attire and in their training. The careful preservation of this one cap, with the color of its velvet ribbon showing that its owner had achieved graduate status, made the pride the students felt on completing their rigorous training tangible for me.
§  Find more about the St. E’s School of Nursing through the finding aid http://hdl.handle.net/2345/9381
§  Find other Burns Library nursing collections through an advanced search by changing “Anywhere in record” to “Local Collection Name,” and entering “nursing” as your search term. 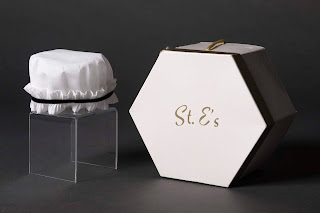 Indentures, quitrents, and royal appointments: Four centuries of parchments in the collections at the Maine Historical Society

Even after working at Maine Historical Society for over 20 years, I am still amazed at the treasures that are contained here, that I have never seen or heard of. This recently came to light with the discovery of a flat file drawer labeled “Parchments,” which was apparently only known to one staff member. And thus began our adventure into the wonderful world of parchments (or any “antique” document within our inner sanctum). I embarked this winter on cataloging this artificial collection of 29 documents, which may date to as early as the 14th century. The majority were from the 1600s and 1700s. Some are part of larger collections, but most are unique documents. Some have Maine connections, but many originated in England or Spain, which posed the real mystery – why are they here? Many were written in English, but several were written in Spanish or Catalan, and others were written in Latin.

Fortunately, many of these documents were housed in envelopes that had labels on them, which provided me with some information in which to catalog the item. Others, if I was able to figure out a name or date, I was able to find a card in our defunct card catalog, which we’ve kept in a back room. Thank goodness for the date file which we maintained for decades!

Most of the documents were on parchment, but some on linen and vellum. Several have seals and a few have ribbons. There are indentures, which were often agreements, but the collection also includes deeds and certificates, even a diploma in Latin.

Some of the most interesting documents relating to Maine, New England, and North American history:

Plymouth Company (1749-1816) indenture, 1661, to Antipas Boyes and Edward Tyng,
Thomas Brattle and John Winslow, for sale of land in New England, embracing all owned
by the Plymouth Patent with additions from purchase from the Indians. This ink on
vellum document is regarding the Plymouth Company, also known as the Kennebec
Purchase Company or the Kennebec Proprietors. Even prior to 1675, the trade at
Cushnoc had diminished, prompting the Plymouth Company to sell the no-longer-
profitable patent. In 1661, four Boston men purchased the Kennebec patent: John
Winslow, Antipas Boyes, Edward Tyng and Thomas Brattle. Their brief attempt at trade
failed - the dwindling fur supply and a change in the relationship with the natives were
the main reasons - and the post was closed. The area was of little interest until the mid-
eighteenth century. (Parchment 2)

This one was a head scratcher:

Certificate (1800) in Spanish signed by Don Juan Stoughton, regarding Ebenezer Mayo,
Notary Public of Portland, Massachusetts (Parchment 25). Once one of our staff
translated and researched it, we found out more about Don Juan Stoughton, who was the
Spanish consul in Boston for the states of New Hampshire, Massachusetts, Connecticut,
Rhode Island and Vermont. His papers are at Harvard's Baker Library:
See Women, Enterprise and Society 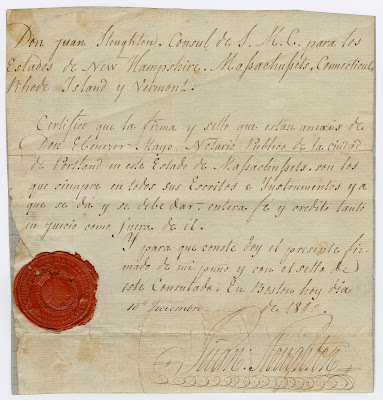 Why he was signing certificates for a notary public in Portland is another question.
And then there are the odd few items that don't seem to have any connection to Maine or New
England:

Valuation by a committee of houses destroyed in Edinburgh fire, August 21, 1701
(Parchment 10)
A Spanish deed, ink on vellum, rolled, dated 1623. It was the quitrent of Petrus Pedro
and his son, who were farmers in Barcelona, to Petrus Nin of Albinyana, Spain.
Apparently, a quitrent was a fixed rent payable to a feudal superior in commutation
of services, specifically, a fixed rent due from a socage tenant. (Parchment 29)

A few English indentures on parchment:

And finally, the mystery documents in (at present) indecipherable languages. We have reached
out to the experts for assistance in deciphering the documents. One may possibly be as early as
1326, and perhaps in medieval/Catalan, and relate to the de Bisaura family in Catalonia. Which again begs the question - why would something like this be at the Maine Historical Society?
Somehow, they withstood the past six centuries and probably at least 100 years at our
organization, and are now finally seeing the light of day in this 21st century world. Hopefully we can tell their stories.