In May, Special Collections at Dartmouth College Library welcomed NERFC scholar Daniel Burge, a PhD History grad and adjunct instructor at the University of Alabama, who is currently working on revising his manuscript “A Struggle Against Fate: The Opponents of Manifest Destiny and the Collapse of the Continental Dream, 1846-1871.” This manuscript examines the ways in which individuals opposed manifest destiny during the nineteenth-century. While at Dartmouth College Library from May 4th through May 25th, Daniel spent the majority of his time immersed in the papers and collected correspondence of Daniel Webster. George Rable, his PhD advisor at the University of Alabama, chided him for writing a manuscript that focuses on Whigs and yet “overlooks Daniel Webster.” Daniel rectified that issue while here at Rauner Special Collections Library, and he had a wealth of information to explore, given Webster’s strong connections to the college.

Daniel Webster, the 19th-century lawyer and politician, is arguably one of the most famous sons of Dartmouth. A member of the class of 1801, Webster was a masterful orator who successfully argued before the Supreme Court on several occasions and was deeply respected for his eloquence among his fellow senators. His speech in response to Robert Hayne of South Carolina, delivered before the Senate in 1830, has been recognized as one of the best ever given within that august body. He also had a reputation for being a rallying figure for political opposition to President Andrew Jackson, who rode an uprising of populist sentiment into the White House in 1829. Nearly a century after his tenure ended, Webster was recognized by the Senate in 1957 as one of the greatest senators in the country's history.

Given Dartmouth's connection to Webster, including the fact that Rauner Library is in Webster Hall, it's not surprising that we have a strong Webster collection. Silk socks, a top hat, a pocket watch given by him to someone else, and a set of wine glasses and accompanying decanter all reside here at Rauner. We also have his handwritten notes from the Dartmouth College Court Case; a number of fascinating original letters to and from him; and his personal but incomplete copy of John James Audubon's Birds of America. 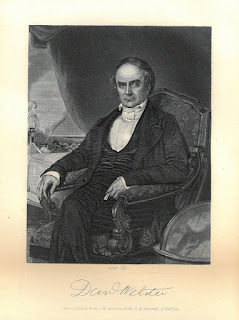 Perhaps the most exhaustive collection of material related to Webster at Rauner, however, is the numerous images that we have of the man. It's safe to say that we have more impressions of Daniel Webster than any other dignitary or individual associated with the college. What is most fascinating about this gathering of likenesses, moreover, is how each of them is different from the other, sometimes in very striking ways. Still, the unmistakable gravitas of the Massachusetts senator seems to be present in every instance. Although a great statesman, Webster's legacy has been tarnished somewhat by his desire to maintain national unity by any means necessary, including his support of the infamous Fugitive Slave Act of 1850. A little more than a decade later, despite Webster's questionable decision to sacrifice the moral imperative in order to appease the Southern states, the country inevitably descended into civil war. 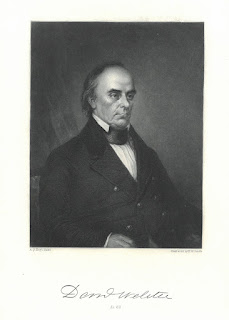 There are too many Webster images to list them all here (more than a hundred!), but you can get a start by coming to Special Collections at Dartmouth College Library and asking for Iconography 933, Iconography 944, Iconography 1429, and Iconography 1649. 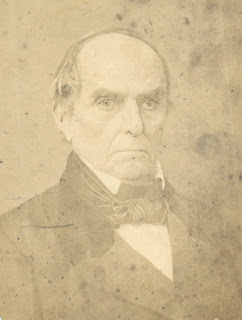 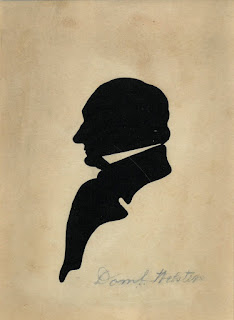